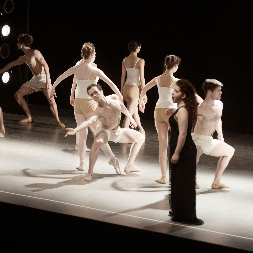 Up until now »Neuland.Lied« was the platform for new interdisciplinary song formats within the festival Heidelberger Frühling. This year it should have celebrated its premiere as an independent festival from June 11th to 15th. Despite the positive development of the pandemic, it has to be canceled: Many concert programs were specially designed for the new festival and would have required longer rehearsal processes, which could not be carried out under lockdown conditions. And the constantly changing arrival and return travel regulations for artists living abroad have made reliable planning impossible. »Neuland.Lied« will therefore be launched for the first time in June 2022. 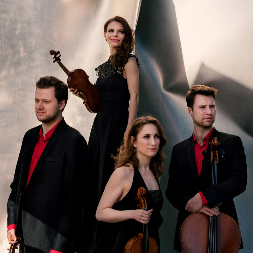 After around 8 months, the first concert in front of an audience will take place on Wednesday, June 9th. The Armida Quartet plays twice as part of the subscription series »Kammermusik Plus«, at 5 pm and 8 pm. Due to the limited number of seats available, the concert is already sold out. In addition, two further special concerts are planned for June. Despite the positive development of the pandemic, the  independent song festival »Neuland.Lied« planned from June 11th to 15th will have its premiere in June 2022. 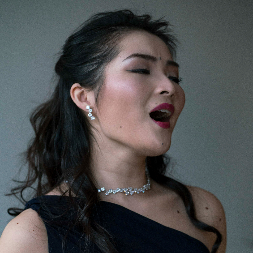 It is with great regret that we have to cancel the International Song Competition “Das Lied” under the chairmanship of Thomas Quasthoff, which would have been organized by the Liedzentrum Heidelberg from May 25th to 29th. We had postponed the competition from February to May and hoped that a positive development of the infection rate would make it possible to hold the competition at a later date. Unfortunately, we are currently experiencing the opposite. On this basis, we cannot guarantee or take responsibility for fair and safe conditions for the participants who come from all over the world. 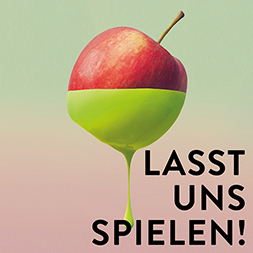 After the cancellation of the Heidelberg Spring 2021, the festival organizers launched a digital program under the motto “Let’s play!”. Longstanding artistic partners as well as debutants at the Heidelberger Frühling were guests, including composer and clarinetist Jörg Widmann, pianists Igor Levit and Pierre-Laurent Aimard, singer Anna Lucia Richter and the Schumann Quartet. The concert streams are available to you as videos on demand for the entire anniversary year. 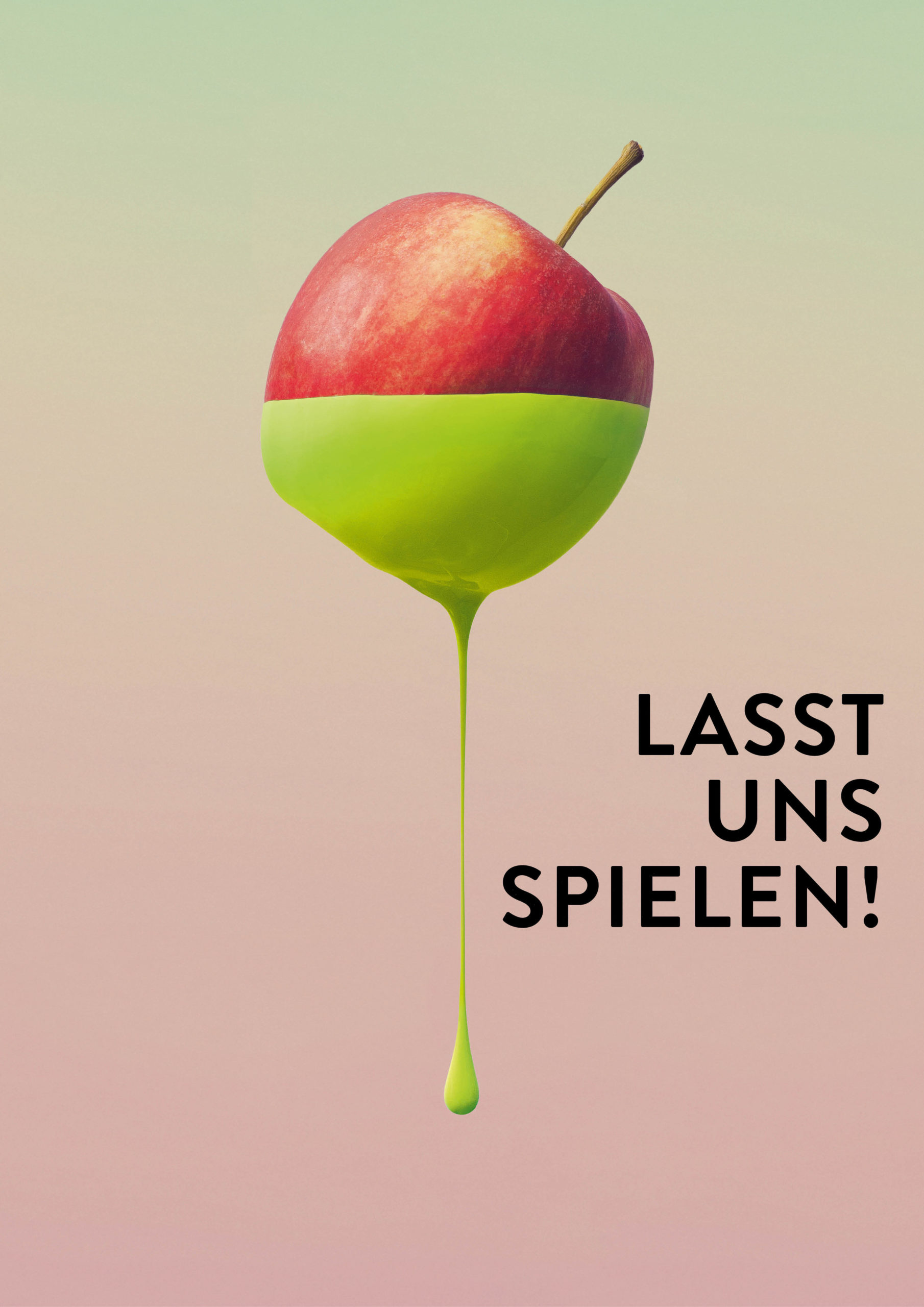 We started our 25th anniversary year on March 20, 2021 with the digital program “Let’s play!”. Till April 18th, concerts, discussion formats and public rehearsals took place in the old auditorium of Heidelberg University and in the Frauenbad Heidelberg, which were streamed free of charge and available to you as videos on demand throughout the anniversary year. You can experience the composer, clarinetist and conductor Jörg Widmann in concert with pianist Pierre-Laurent Aimard, in the discussion group at the SZ-Kultursalon and at rehearsals with the up-and-coming artists of the Quatuor Mona, Malion Quartet and Kaléko Quartet. Martynas Levickis takes us into the world of the accordion, tells of his first contact with the instrument and presents his own arrangements of folk songs from his home country Lithuania. The cellist Maximilian Hornung can be heard three times – together with the violinist Alina Pogostkina he gives us an afternoon of duo, with violinist Sarah Christian he plays Jörg Widmann’s Heidelberg Duos and adds violist Jano Lisboa to a string trio program with a work by the Hungarian Sándor Veress.

The Fellows of the Lied Academy take us on a touching melodrama night about love and longing and the protagonists of our Chamber Music Academy bring the world premiere of a commissioned composition by the South Korean Donghoon Shin to the (digital) stage. Sometimes playing with two bows, Jonas Palm fascinates us in his cello solo evening, while the director of the Frankfurt Book Fair Juergen Boos and the pianist Jan Lisiecki – connected live from Lisbon – exchange ideas about Canadian culture and music in a talk. Pianist Igor Levit and other close friends of the festival such as Frank Dupree, Anna Lucia Richter and the Schumann Quartet are guests at the “25 Years of Heidelberger Frühling” anniversary event. 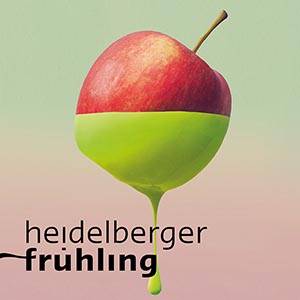 The 25th Heidelberger Frühling festival under the title »FESTspiel« from March 20 to April 18, 2021 has been cancelled due to unclear opening perspectives and lack of planning security. This was decided today by festival director Thorsten Schmidt together with the city of Heidelberg. The festival management is in talks with the four main partners of the festival – HeidelbergCement AG (founding partner), MLP SE, Octapharma AG and SAP SE – on how to jointly deal with the situation. All tickets already purchased for the events of the Heidelberger Frühling 2021 will be refunded or can be donate. 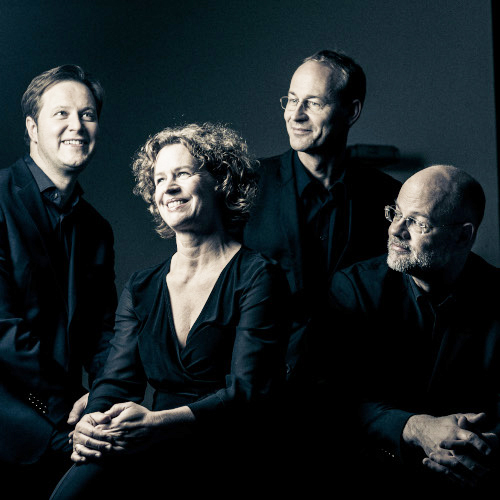 Due to the nationwide lockdown, some »Kammermusik Plus« concerts cannot and could not take place, but alternative dates have been found. This concerns the concerts on 16 February with Friedemann Wuttke and the Mandelring Quartet (new date: 23 May 2021) and on 9 March with Friedrich Thiele and Naoko Sonoda (new date: 6 July 2021). Alternative dates have also been found for the concerts in November and January: The cancelled concert with Trio Zadig on 17 November 2020 has been rescheduled for Tuesday, 29 June 2021. The concert by pianist Pavel Kolesnikov has been rescheduled from 19 January 2021 to Tuesday 27 July 2021. All ticket holders will be informed in detail of the venue and time in due course. Tickets already purchased will remain valid.

Despite the pandemic, the Pierre Boulez Saal in Berlin will once again focus on Schubert and his Lied oeuvre from 18 to 24 January – all events will be livestreamed. As in previous years, a two-day public workshop with scholarship holders from our Lied Academy under the direction of Thomas Hampson will take place in this context and in cooperation with the International Song Centre Heidelberg: On Friday, 22 January and on Saturday, 23 January, both at 3 pm. The young artists will present the results of their joint work in a final concert on Sunday, 24 January at 3 pm. Young Singers concerts during the week will also feature Fellows of the Lied Academy.

Recipient of a 2015 Avery Fisher Career Grant and a 2017 Lincoln Center Award for Emerging Artists, violinist Paul Huang’s recent and forthcoming appearances include those with the Mariinsky Orchestra with Valery Gergiev, the Detroit Symphony with Leonard Slatkin, and the Houston Symphony with Andres Orozco-Estrada. During the Beethoven’s 250 anniversary celebrations in 2020-21 season, Mr. Huang will perform the Beethoven Concerto with the Colorado Symphony, Eugene Symphony, as well as the Triple Concerto with Charlotte Symphony. Other highlights will include appearances with the San Diego Symphony, Louisville Orchestra and the National Symphony of Mexico. Internationally, Mr. Huang will make debut with Heidelberg Philharmonic Orchestra in Germany and return to National Symphony Orchestra of Taiwan as its Artist-in-Residence.

A frequent guest artist at music festivals worldwide, he recently stepped in for Anne-Sophie Mutter at Bravo! Vail Music Festival playing Mozart Violin Concerto No. 4 with Chamber Orchestra Vienna-Berlin as well as a recital debut at the Lucerne Festival, both to critical acclaim. He will be making his Heidelberg Spring Festival debut in March 2021. Winner of the 2011 Young Concert Artists International Auditions, Mr. Huang earned both bachelor’s and master’s degrees at The Juilliard School. He plays on the legendary 1742 ex-Wieniawski Guarneri del Gesù on loan through the Stradivari Society of Chicago. 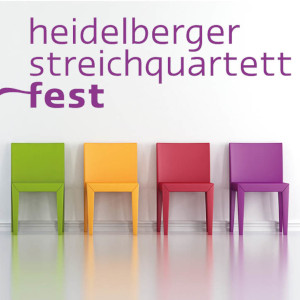 Due to the nationwide lockdown extended up to and including January 31, 2021, the 2021 Heidelberg String Quartet Festival cannot take place from January 28 to 31 as planned, but will be postponed to 2022. Four of the six quartets invited for this year have already been able to confirm their participation, as has composer and longtime friend of the Heidelberger Frühling Wolfgang Rihm, on whom the program will focus. Tickets already purchased will be fully refunded by the organizer Heidelberger Frühling.