Bernard Foccroulle was born in Liège (Belgium) in 1953. He began his international career as an organist in the mid-70s, playing a wide range of repertoire from Renaissance to Contemporary Music. He has performed several dozen world premieres by Brian Ferneyhough, Xavier Darasse and Pascal Dusapin, among others. He is also considered a specialist of the Northern German School, interpreting works by composers such as Buxtehude, Böhm, Reincken and Bruhns.
An important aspect of Bernard Foccroulle’s work is the combination of music with other art forms. He has already worked with Australian video artist Lynette Wallworth, Catalonian choreographer and dancer Salva Sanchis, singer and oud player Moneim Adwan and cornet virtuoso Jean Tubéry.

As a composer, Bernard Foccroulle has above all written works for organ and chamber ensembles. In June 2007, his Lieder cycle “Am Rande der Nacht” (after Rainer Maria Rilke) for soprano, choir and orchestra was premiered at the Palais des Beaux-Arts in Brussels.

Bernard Foccroulle has been Artistic Director of the Festival Aix-en-Provence since 2007. In 1993, he founded the association “Culture and Democracy”, which campaigns for widespread participation in cultural life. 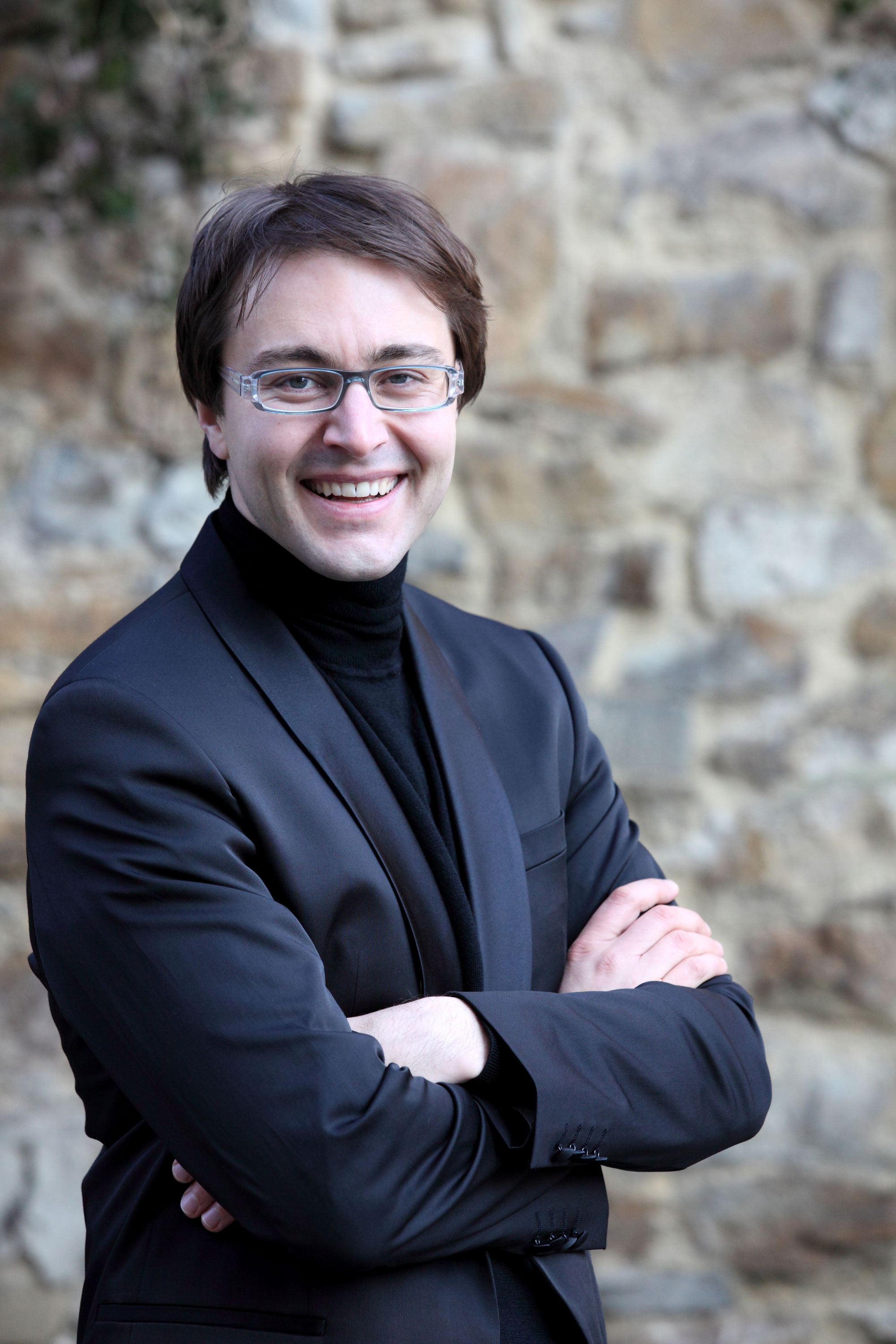 Following invitations from the Berlin Philharmonic Foundation, Lucerne Festival, Salzburg Festival, and Cologne’s Philharmonic Hall, ECHO winner Christian Schmitt (b. 1976) has gone on to become one of the most sought-after concert organists of his generation. He studied church music (»A-Examen«) and concert performance (with distinction) in Saarbrücken and organ with James David Christie (Boston) and Daniel Roth (Paris). He received scholarships from the Studienstiftung des deutschen Volkes and the Deutsche Stiftung Musikleben and won more than ten national and international organ and music competitions held in Atlanta, Bruges, Calgary, Philadelphia, Tokyo, and elsewhere as well as the German Music Competition in 2001. In 2003 he was awarded the »Pro Europa« soloist’s prize of the European Cultural Foundation.
Christian Schmitt concertizes around the globe – with European performances at venues such as the KKL in Lucerne, Tonhalle in Zurich, Philharmonic Hall and Konzerthaus in Berlin, Gewandhaus in Leipzig, and Konzerthaus in Vienna. He performs with orchestras such as the Bamberg Symphony – Bavarian State Philharmonic and the Beethoven Hall Orchestra of Bonn and with leading radio orchestras (BR, NDR, MDR, SR, and RSB). The artists with whom he has performed include Juiane Banse, Sibylla Rubens, Martin Grubinger, Michael Gielen, Wen-Sinn Yang, Reinhard Goebel, Roy Goodman, Christoph Poppen, Sir Roger Norrington, and Marek Janowksi.
During the 2012 season Schmitt will make his debut at the Salzburg Festival (duo with Magdalena Kozená). Further highlights during this season will include his appearance as a soloist with the Vienna Radio Symphony Orchestra at a concert celebrating its hundredth anniversary and a solo matinee with a premiere (Martin Herchenröder, b. 1961) at the Konzerthaus in Berlin. While holding an interim professorship at the Stuttgart College of Music, Schmitt taught Prof. Jürgen Essl’s organ class during the summer academic term in 2011. Furthermore, he is an instructor at the Bach International Academy in Stuttgart and teaches at the Saar College of Music. He regularly serves as a visiting instructor at music schools in Boston, Cremona, Oslo, Mexico, Moscow, Seoul, Tashkent, and (repeatedly) Bogotá. He is a member of the juries of the »Jugend musiziert« national youth competition, the »Soli Deo Gloria« competition in Moscow, and the German Music Competition.
Schmitt’s discography comprises more than thirty-five CD recordings featuring solo performances and live recordings for all the member radio stations of the German ARD network. With his recordings of modern, scientific complete editions of the works of G. F. Handel (ed. T. Koopman) and F. X. Brixi (Butz-Verlag) he encourages the development of organ playing combining the findings of musicological research and musical practice. Most recently, he recorded a number of works by Charles-Marie Widor for organ and orchestra with the Bamberg Symphony– Bavarian State Philharmonic. He is working on complete recordings of Koechlin, Widor, Gubaidulina, and Pachelbel (ed. M. Belotti) for the cpo label. He performed several works by Liszt and the members of his circle with the soprano Juliane Banse and the cellist Wen-Sinn Yang for a music film presented on ARTE in 2011 on the occasion of the two hundredth anniversary of the composer’s birth.
Since 2011 Christian Schmitt has worked with the Berlin Philharmonic Foundation, serving as its organ consultant.