Schönberg of all people. It was the composer of all people, who almost caused the foundations of our idea of music to collapse. He himself was carried away by a poem which was later often dismissed as pure kitsch. It is Richard Dehmel’s poem »Transfigured Night« in which a young woman makes a confession to her lover: She cheated on him and is pregnant. Her boyfriend forgives her, in a gentle and tender gesture. Schönberg’s late Romantic string sextet is an almost impulsive reaction to the poem. At about the same time as the birth of Schönberg’s new tonal language, blues was developing in the cotton fields of the American Deep South. Norwegian singer Rebekka Bakken and Dutch guitarist Hans Theessink have compiled songs committed to this tradition of blues and folk music – works by Lonnie Johnson, Memphis Slim, Pete Seeger and of Hans Theessink and Rebekka Bakken. These are small, often forgotten treasures in astonishing contrast to Schönberg’s »epic-dramatic creation«.

In cooperation with Unterwegstheater/Künstlerhaus/HebelHalle and Ludwigsburger Schlossfestspiele

Jonas Palm was born in Ludwigsburg in 1993 and began playing the cello as a seven-yearold. He studied with Jean-Guihen Queyras and Conradin Brotbek at the Staatliche Hochschule für  Musik und Darstellende Kunst Stuttgart, Clemens Hagen at the Universität Mozarteum Salzburg, and is currently pursuing further studies with Nicolas Altstaedt at Hanns Eisler School of Music, Berlin. Jonas Palm won First Prize at the German Music Competition, which includes a scholarship from Deutscher Musikwettbewerb. He also won the Prémio Suggia Award and Federal President’s Award (2nd  Prize) at the Felix Mendelssohn  Bartholdy Hochschulwettbewerb. 2014 he was appointed by Tabea Zimmermann as protégé of the Beethoven Haus Bonn Mentoring Initiative. He earned three First Prizes at the nationwide Jugend  musiziert competition as well as winning several special prizes .

In 2015 his deburt recording with works by Beethoven, Mendelssohn, Janacek and Dutilleux was released by GENUIN.

Jonas Palm has appeared as soloist with various orchestras, among them the Radio-Sinfonieorchester Stuttgart des SWR, the Orchestre Royal de Chambre de Wallonie the Stuttgarter Philharmoniker, the Neubrandenburger Philharmoniker, the Klassische Philharmonie Bonn, the Sinfonieorchester Ludwigsburg and Concerto Ludwigsburg in Konzerthaus Berlin, Bremer Glocke, Liederhalle Stuttgart, Meistersingerhalle Nürnberg and Beethovenhalle Bonn. He has appeared at festivals in Germany, among them the Ludwigsburger Schlossfestspiele, the Kasseler Musiktage and the Young Euro Classic Berlin . He also gained valuable insight from master classes given by Eberhard Feltz, Yo-Yo Ma, Steven Isserlis, Jens-Peter Maintz, Wolfgang Emanuel Schmidt, Troels Svane and Tabea Zimmermann. At the Heidelberg Festival academy, he was performing with Marc-André Hamelin and Igor Levit.

Jonas Palm has performed as soloist, with piano accompaniment and in a string quartet for broadcasters Deutschlandfunk, Deutschlandradio Kultur, WDR, SWR and BR-Klassik.

He is playing on a cello made by Matteo Goffriller, on loan from „Landessammlung Baden-Württemberg“.

Chamber music is an important part of Müller-Schotts music-making. In addition to a solo recital tour to Asia, he performs in trios with Julia Fischer and Nils Mönkemeyer as well as with Baiba Skride and Xavier de Maistre. He will premiere Sebastian Currier’s piano trio with Anne-Sophie Mutter and Lambert Orkis in New York’s Carnegie Hall and in Chicago. His other regular chamber music partners include Igor Levit, Francesco Piemontesi and Simon Trpčeski. Müller-Schott is Artistic Director of the Rügen Classical Music Spring Festival 2019.

Recording for Orfeo, Müller-Schott’s extensive discography includes his latest release ‘#CELLOREIMAGINED’ with l’arte del mondo, featuring arrangements of concertos by C.P.E. and J.S. Bach, Haydn and Mozart. His ‘DUO SESSIONS’ recording with Julia Fischer won numerous awards not least the ICMA 2017 (chamber music) Award. He anticipates the release of his next disc in autumn 2018, which includes works by Tchaikovsky, Glazunov and Rimsky-Korsakov with the Deutsches Symphonie-Orchester Berlin and Aziz Shokhakimov.

Müller-Schott received the 2013 Aida Stucki Award and also benefited early on from sponsorship by the Anne-Sophie Mutter Foundation. Through this support he was taught privately by the late Mstislav Rostropovich for a year. Müller-Schott also studied with Walter Nothas, Heinrich Schiff and Steven Isserlis. In 1992 Müller-Schott won first prize at the International Tchaikovsky Competition, Moscow. He plays the “Ex Shapiro” Matteo Goffriller cello, Venice, 1727.

Isang Enders has quickly established himself as a dynamic artist in search of new-concepts and works for the violoncello. Born into a German-Korean musician family in Frankfurt in 1988, Isang Enders began studying with Michael Sanderling at the age of twelve. His playing has since been influenced by his studies with Gustav Rivinius, Truls Mørk, and above all, by the mentoring of the American cellist Lynn Harrell.

At the age of twenty, Isang Enders was appointed principal cello of the Dresden Staatskapelle, making him the youngest section leader in Germany. During his four years with the orchestra, he also co-founded the Gohrisch Shostakovich Festival alongside Tobias Niederschlag.

As a dedicated chamber musician, he continues to work closely with the pianist Igor Levit, with whom he has toured extensively, as well as Kit Armstrong and Sunwook Kim.

Last season he made his debut at the Bach Festival in Montreal, and spent the summer at the Malboro Music Festival in the US. He performs regularly as a recitalist at Heidelburger Fruhling and Rheingau Musikfestivals.

His highly-acclaimed and early recording of the Bach Cello Suites on Berlin Classics was a triumph. One critic describes him as a “reflective and highly intelligent young man”. Isang Enders is signed to Berlin Classics and SONY Music Entertainment and plays an instrument by Jean Baptiste Vuillaume (Paris, 1840).

Sol Gabetta has been accompanying the Heidelberger Frühling for many years, most recently in 2016.

Following her recent highly acclaimed debuts with Berliner Philharmoniker and Sir Simon Rattle at the Baden-Baden Easter Festival, Mostly Mozart in New York and as part of the opening concert of the BBC Proms, this season sees Gabetta return to the Wiener Philharmoniker, Tonhalle-Orchester Zürich, Konzerthausorchester Berlin, Bamberger Symphoniker and Orchestre Philharmonique de Radio France. She will tour extensively throughout Europe with the Finnish Radio Symphony Orchestra and the United Kingdom with the Sinfonieorchester Basel. Later in the season Sol Gabetta will return to the Los Angeles Philharmonic, under the baton of Gustavo Dudamel, and make her debut at New York’s Lincoln Center for the Performing Arts ‘Great Performers’ series with her longtime recital partner Bertrand Chamayou. With Chamayou she will also appear at the Théâtre des Champs-Élysées and Philharmonie Luxembourg amongst others. Sol Gabetta will be artist in residence with the Orchestre National de Lyon and the 2018 Bad Kissingen Festival where she will perform the festival’s opening concert with The Deutsche Kammerphilharmonie Bremen and Paavo Järvi, followed by a chamber music recital with Janine Jansen and Alexander Gavrylyuk.

A sought after guest artist at leading festivals, Sol Gabetta opens the 2018 Schleswig Holstein Musik Festival with the NDR Elbphilharmonie Orchester and Christoph Eschenbach. Chamber music is at the core of Gabetta’s work, visible this season in appearances with the Hagen Quartet at Salzburg Festival, Tonhalle Zürich, Elbphilharmonie and Wiener Konzerthaus. In the past, chamber music performances led her to venues such as Wigmore Hall in London, Lucerne, Verbier, Schwetzingen and Rheingau festivals, Schubertiade Schwarzenberg and Beethovenfest Bonn. She continues drawing inspiration from a wide circle of collaborators and musical encounters at the Solsberg Festival, which flourishes under her commited artistic direction.

In recognition of her exceptional artistic achievements, Sol Gabetta will be honoured with the Herbert von Karajan Prize at the Salzburg Easter Festival in 2018 where she appears as soloist with the Staatskapelle Dresden and Christian Thielemann, and in chamber music recitals. The prestigious ECHO Klassik award saluted her accomplishments biennially between 2007 and 2013, and most recently in 2016, when Sol Gabetta was named Instrumentalist of the Year for her interpretation of Pēteris Vasks’ Cello Concerto No. 2. A Grammy Award nominee, she also received the Gramophone Young Artist of the Year Award in 2010 and the Würth-Preis of the Jeunesses Musicales in 2012 as well as commendations at Moscow’s Tchaikovsky Competition and the ARD International Music Competition in Munich. She continues to build her extensive discography with SONY, the most recent release is a live recording of the cello concertos by Elgar and Martinů with the Berliner Philharmoniker and Sir Simon Rattle/ Krzysztof Urbański.

Sol Gabetta performs on a cello by Matteo Goffriller from 1730, Venice, provided by Balthazar Soulier. She has been teaching at the Basel Academy of Music since 2005. 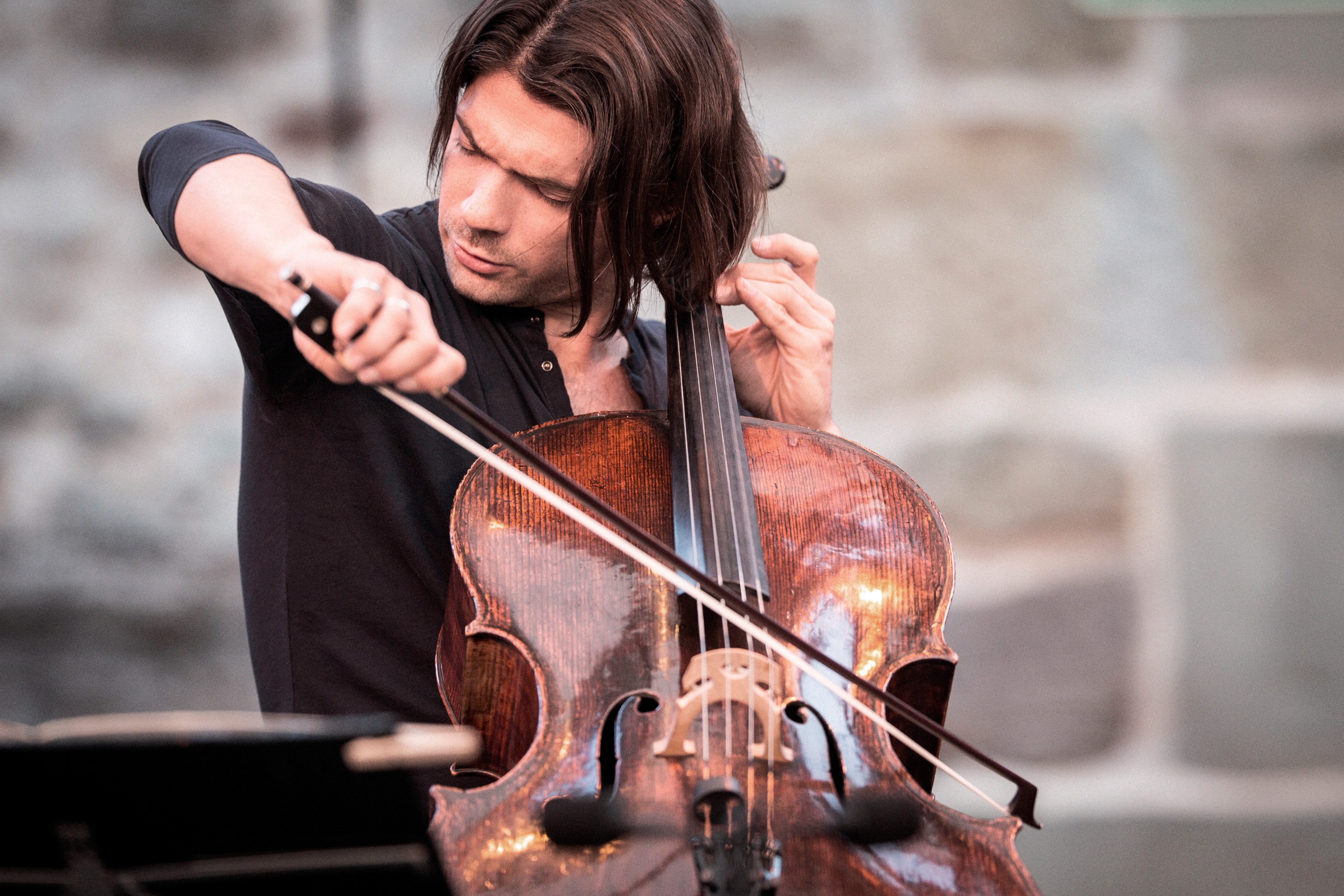 “Do good where you can, love freedom above all else and even if you are summoned to the throne, never betray the truth!” This was what Beethoven wrote in a Nuremberg merchant’s family album in 1793. He remained true to these ideals of liberty and truth throughout his life. In the first-ever concert of his own works, Beethoven made no bones about his claim to be the sole legitimate heir to Mozart and Haydn. The First Symphony premiered on that occasion startled the audience with its originality and fuelled the myth of Beethoven as the first composer to truly break free of the constraints previously imposed on artists. But a “musical lackey” could produce works of genius as well, as we know from Haydn’s first cello concerto, a virtuoso work he wrote during his long period of office as a court musician. 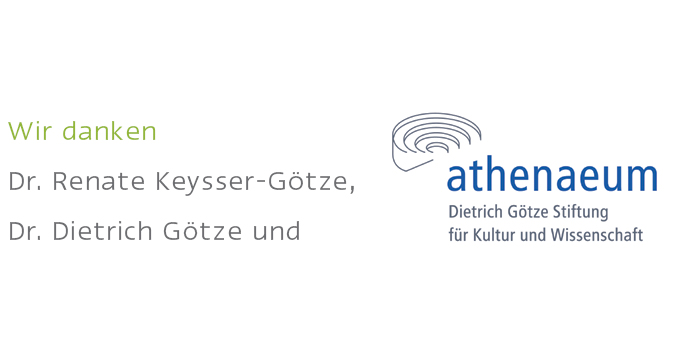