In 2014 at the age of 22 Daniel Lebhardt won 1st Prize at the Young Concert Artists auditions in Paris and New York.  A year later he was selected by Young Classical Artists Trust in London and in 2016 won the Most Promising Pianist prize at the Sydney International Competition.

Engagements during the last season included recitals at the Louvre in Paris, Wigmore Hall, Saffron Hall, the Tallinn, Oxford International and Nottingham International Piano Series.  He made his debut with the State Academic Symphony Orchestra at the White Nights Festival in St. Petersburg, and with the CBSO Youth Orchestra. Further afield he undertook tours of China, Argentina Columbia and Chile.  He continued to give recitals throughout the UK and returns to the US and Canada twice.

Born in Hungary, Daniel studied at the Franz Liszt Academy in Budapest and at the Royal Academy of Music with Pascal Nemirovski.

Born in Frankfurt in 1984, Julian Prégardien received his first musical training as a member of the choirs of Limburg Cathedral. After having studied voice in Freiburg and at the Aix-en-Provence Opera Festival Academy, he was a member of the soloist ensemble of Frankfurt Opera from 2009 to 2013. In parallel, he pursued an international solo career, particularly in collaboration with conductors specializing in historical performance practice.

Prégardien is now one of the most outstanding young vocalists on the international scene. In recent years he gave his début at Aix-en-Provence Festival, at Hamburg State Opera, at Munich State Opera, and at Paris Opéra Comique. Salzburg Festival has been regularly inviting him for concert appearances since 2015; now he will give his first stage performance in Salzburg in 2018 as Narraboth in Richard Strauss’s Salome, staged by Romeo Castellucci, with the Vienna Philharmonic conducted by Franz Welser-Möst.

Kent Nagano regularly invites Prégardien to perform with the two orchestras of which he is Music Director: Montreal Symphony Orchestra and Hamburg State Opera. Sharing the stage with his father Christoph Prégardien, Julian also sang the title role in a concert performance of Mozart’s Idomeneo with the ensemble Concerto Köln, likewise with Nagano conducting.

Prégardien is one of the most renowned and sought-after Evangelists in the Passions of J. S. Bach; in early 2019, he will make his second CD recording of the St Matthew Passion (with Bach Collegium Japan and Masaaki Suzuki). In November 2018 he will teach a master class on the subject of the St John Passion in collaboration with McGill University, the Montreal Bach Festival, the Université de Montréal, and the Conservatoire de Musique.

In his career, Julian Prgardien lays particular emphasis on Lied recitals along with chamber music projects. In the course of the 2018/2019 season, Prégardien will perform Lied recitals with pianists such as Kristian Bezuidenhout, Martin Helmchen, Eric le Sage, and Lars Vogt.

Prégardien has launched the media platform P.RHÉI, a multimedia editorial project that throws new light on the performance history and practice of Schubert’s Winterreise. The project includes a recording of Hans Zender’s orchestral version of Winterreise, to be released on the Alpha Classics label in 2018.

In November 2017, Julian Prégardien was appointed Professor of Voice at the Hochschule für Musik und Theater in Munich. He is a member of the Schumann Network and a patron of Canto elementar, a programme that actively supports children’s singing activities in Kindergärten.

Pianist and composer Omer Klein has been called “an international star” by Der Spiegel. He creates original, exciting, and highly personal music, which was described by the New York Times as “borderless”. Süddeutsche Zeitung declared that “Klein shows with his speed, touch, refinement and creativity, that he belongs to the small group of master pianists.”

Klein’s 7th album as a leader, Sleepwalkers, will be released in February 2017 and will mark his debut album on Warner Music. He has toured worldwide leading the Omer Klein Trio, with Haggai Cohen Milo on bass and Amir Bresler on drums, and as a solo pianist.

Omer Klein grew up in Israel, where he is considered “One of the most fascinating artists that have emerged from this country in the last decade” (City Mouse, Tel Aviv). He studied at the New England Conservatory in Boston with Danilo Perez and continued his studies in New York with Fred Hersch.

Omer quickly became a notable member of the NYC jazz scene. He later moved to Germany, where he currently lives. Klein’s 2015 trio album, Fearless Friday, increased his popularity significantly, and was called “one of the most rewarding piano trio releases of recent years” by All About Jazz.

Omer Klein is a Steinway Artist.

Eugène Michelangeli was born in France. He began his study of the harpsichord as a child at the music school of Dieppe, where he was awarded the Médaille d’or in 1995. Thereafter he continued his training at the Conservatoire National de Région de Boulogne-Billancourt, where he earned the first prize for harpsichord and basso continuo in 1998. In 2002, Eugène Michelangeli concluded his studies with Gordon Murray at the University of Music and Performing Arts, Vienna with the degree of Magister Artium.

Alongside teaching assignments at the University of Music and Performing Arts in Vienna, as well as the Art University in Graz , Michelangeli also pursues an intense domestic and international concert career. He has appeared as a chamber musician at festivals including the Salzburg Festival, the Vienna Festival, the Styriarte in Graz and the Italia Mia Festival in Vienna, as well as in a soloist capacity at the Bach Week in Thüringen.

As a member of the European Union Baroque Orchestra during its 2000 and 2003 seasons, he played as a soloist and a continuo player under the direction of Paul Goodwin, Roy Goodman and Lars Ulrik Mortensen in places such as Amsterdam (Concertgebouw), Stuttgart (Liederhalle), London, Brussels, Hannover and Riga. He has appeared as a guest performer in numerous opera productions (including at the Festival d’Ambronay, the Bonn Opera, the Teatro Real Madrid, the Vienna Festival and the International Haydn Festival in Eisenstadt).

Rachel has appeared in many prestigious music festivals including the 9th Musical Olympus International Festival, Russia, The International Chopin Festival in Duszniki, Poland, and the Miami International Piano Festival. She has also performed at the Auditorium du Louvre in Paris, the Steinway Hall in London, the Richmond Hill Centre for Performing Arts in Toronto and the Philharmonie de Paris.

As an active chamber musician, Rachel has worked with world-renowned musicians such as Vladimir Mendelssohn, Ning Feng, the Brentano String Quartet and Quatuor Leonis among many others.

She has collaborated with The National Symphony Orchestra of Ukraine, St. Petersburg Philharmonic Orchestra, Beethoven Orchestra Bonn, the London Chamber Orchestra with Christopher Warren-Green among others.. Most recently, Rachel conducted and played Beethoven fourth piano concerto with the Orchestre de chambre de Paris at the Play-Direct Academy led by Stephen Kovacevich, where she was also awarded the Prix du Jury at the closing concert.

Born and raised in Hong Kong, Rachel graduated with First Class Honours at the Hong Kong Academy for Performing Arts under the tutelage of Prof. Eleanor Wong, and later with Prof. Peter Frankl at the Yale School of Music where she was awarded the Elizabeth Parisot Prize for outstanding pianists.

Her first CD, under the Alpha Omega Sound label of the Chopin Society of Hong Kong, was released in 2009.

Highlights of the upcoming 2018/19 season include a Carnegie Weill Hall debut recital in March, recitals in Mexico, Poland, Italy, the UK, and the US, as well as concerto performances with the Verbier Festival Chamber Orchestra with Gábor Takács-Nagy and the Hong Kong Philharmonic Orchestra with Jaap van Zweden.

Make wishes come true and give away one of our four special christmas subscriptions: 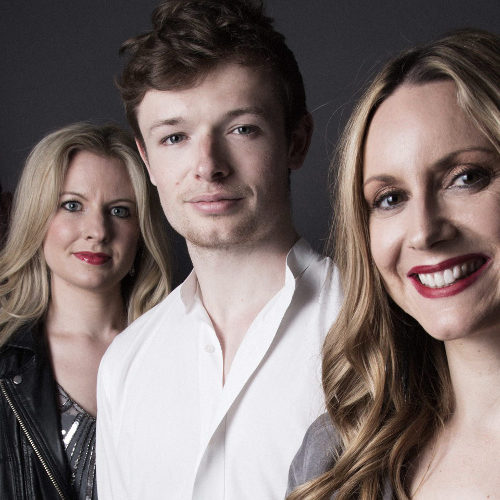 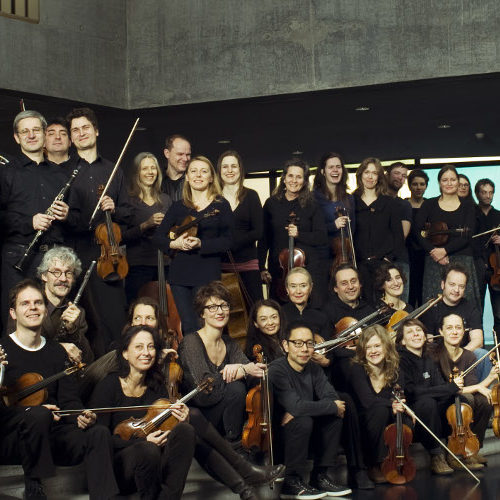 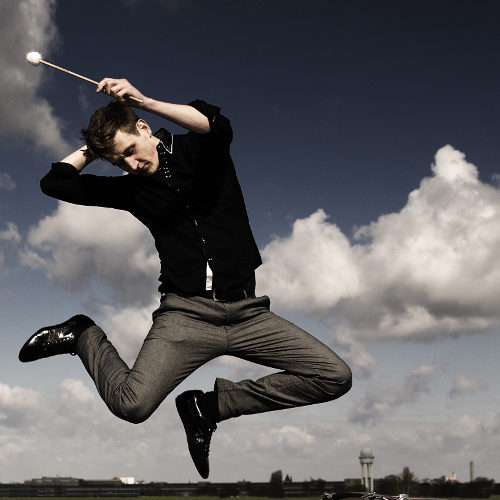 If you want your presentee to decide on his/her own which concerts to attend you may choose to give away our gift voucher.

Admission free for pupils and students

We thank our co-funder

€ 70
valid for all events of Lied Academy

Admission free for pupils and students

In cooperation with Heidelberg University